Some news about the current activities of some BD artists plus an important teaser at the end. 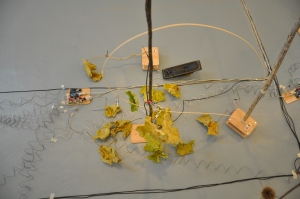 Dominique Leroy is showing his poetic sonic installation Jardin nô at Theatre La Méridienne in Lunéville (near Nancy). First shown at the Galerie RDV in Nantes this installation refers to the traditional Japanese theatre. This kinetic garden is composed of interlacing vegetals and small mechanics on recycled hard disks that rub, scratch and hit to create a sound that reminds of insects. This sculpture is activated by a series of invisible interactions based on phenomena related to vibrations, acoustics and interconnections.

All elements of the exhibition are related and form a complex system – composed of conducting materials, sound flows and resonators. A microphone at the entrance of the gallery captures the sounds from the street which become a real activator of the sound installation.

From 23 September to 3 November 2017
Free entrance during the opening hours of the theatre.
http://lameridienne-luneville.fr/evenement/jardin-no/

AnneMarie Maes is currently taking part in several exhibitions. Her PH3 – Future Archeology installation is featured in the Tendencies #2 exhibition as part of the Bozar Electronic Arts Festival until 30 September.

The exhibition, which shows the work of six female artists, aims to place emphasis on works which question scientific and technological innovations as much as they incorporate them. It wants to open up the field of reflection relating to these links and highlight structural analogies between the creators of distinct and complementary fields.

This edition is organised in partnership with NOVA XX with Stéphanie Pécourt as curator – an international competition dedicated to technological, scientific and artistic innovation amongst women in the age of the Fourth industrial revolution – instigated by the Halles Saint-Géry/Brussels.

For all other current and upcoming exhibitions of AnneMarie Maes see http://annemariemaes.net/ 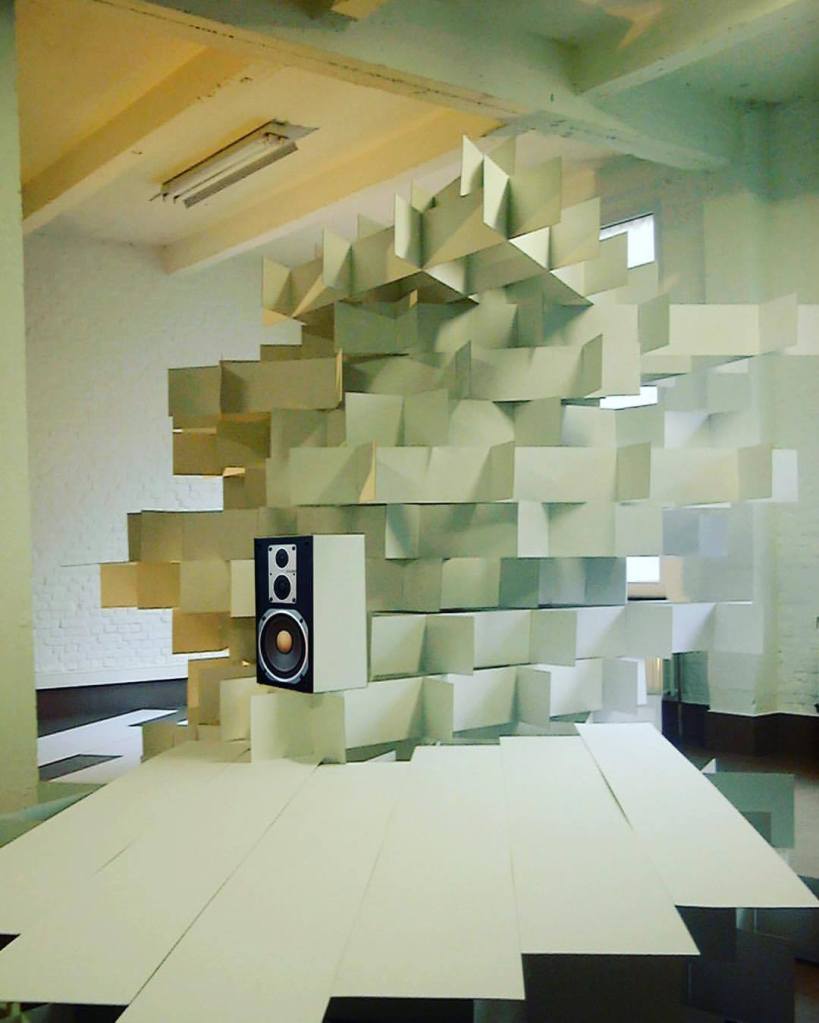 As part of the opening of a new complex of artist studios Peter Hulsmans shows new work in his studio in a renovated former Dominican monastery in Antwerp. The complex is will be housing up to 50 artists and creative entrepreneurs.

Big congratulations to Rachel Ara who starts a year-long residency at the Victoria & Albert Museum in London from October onwards. We look forward to the outcome of it.