In November 1990, almost at the beginning of his career, Jean De Groote exhibited at Parbleu his project “Chair in Time II – No Observer – No Object”. The first part had been shown in the Triennial for Contemporary Art ‘Van Stof tot Asse’, organised by Jan De Smedt. Just as in the first part a chair played a central part, but it could have been any other object. It was a way to explore spatiality and representation. As I wrote at the time:

Observation keeps fascinating De Groote. Observation is not only seeing, but at the same time trying to fathom underlying ideas and causes. The chair plays in this process an arbitrary role. Any other object in any other colour will suffice. It just happened to be this chair with which form, time and content are approached. Over time it is a bearer of memories.

This philosophical approach has always been important in De Groote’s work. The text is curiously topical when I regard the body of work that he has produced since then. 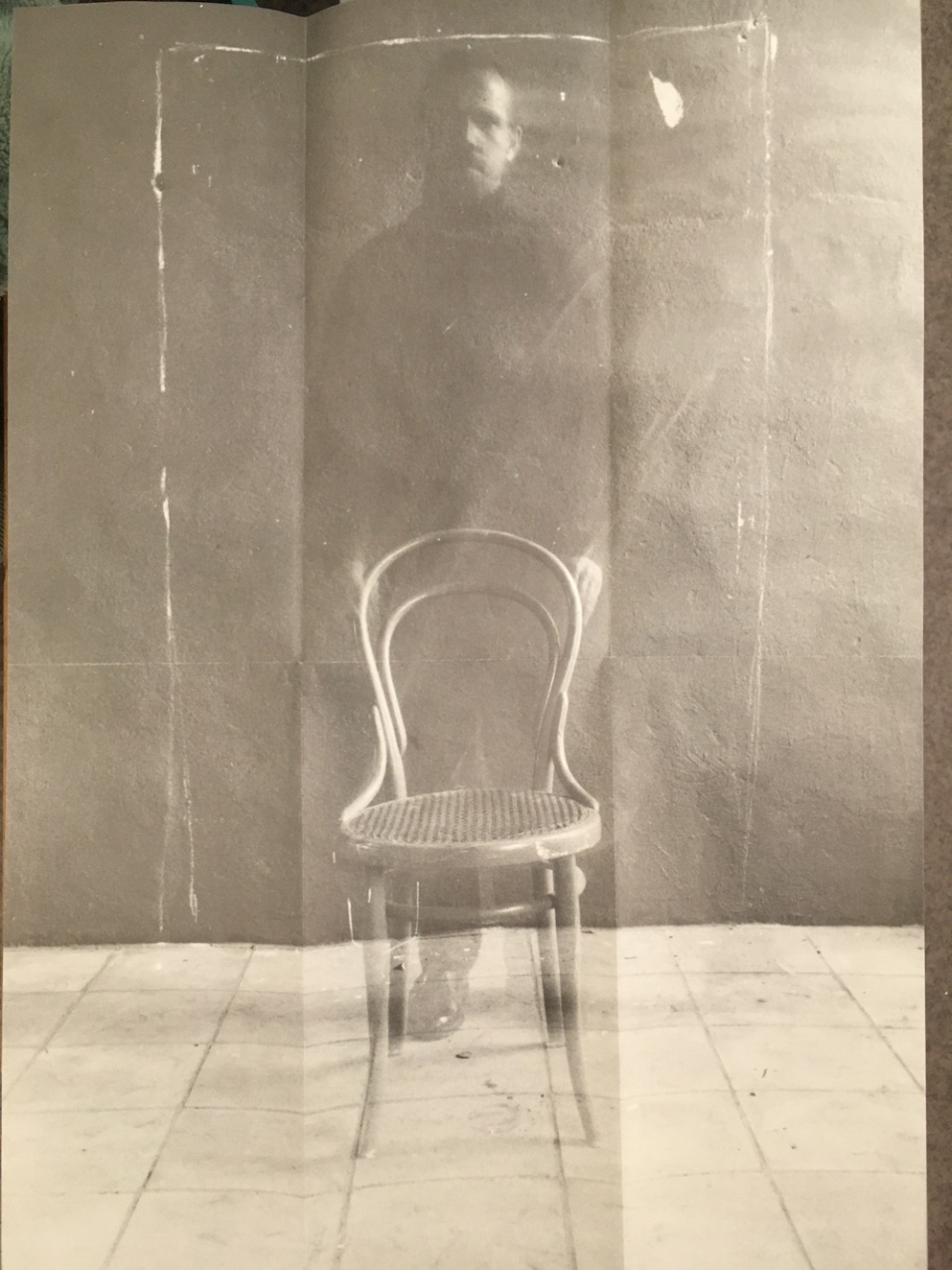 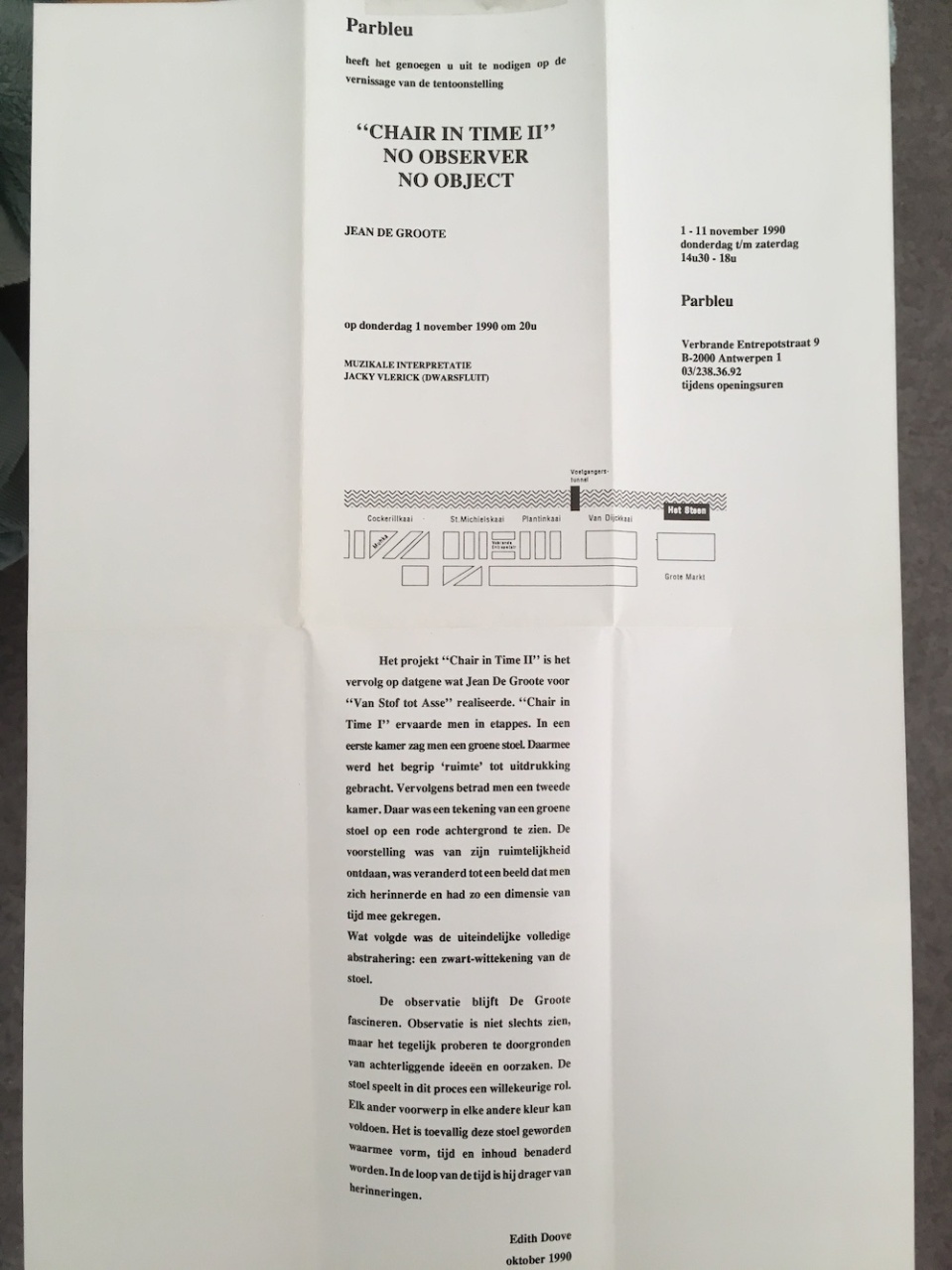 The front and back of the invitation in A2 format 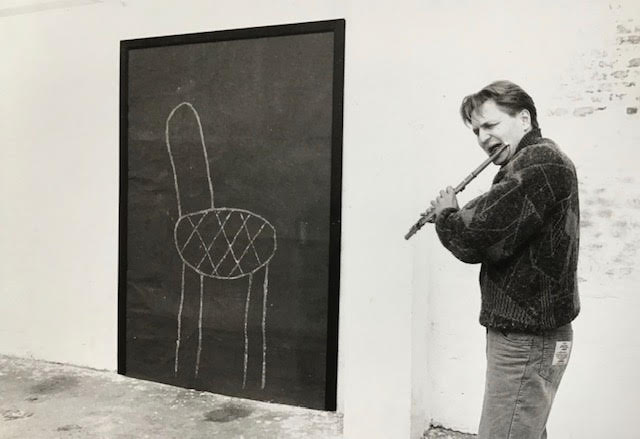 Introduction by Raf Coenjaerts and performance by Jacky Vlerick during the opening in fromt of and next to two exhibited pieces.