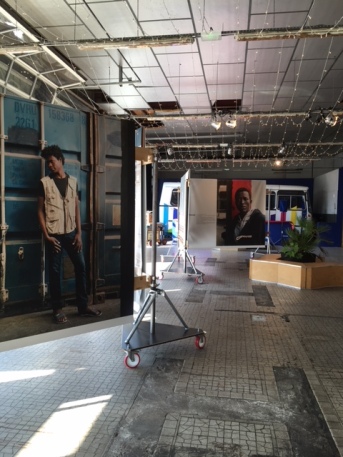 We are extremely excited to partner up with Wattignies Social Club/Ilotopia in Nantes with whom we currently work on a new project for 2019. This unique place in the heart of the Isle de Nantes, located in a former garage, is a real hub for developing new ideas around art and society. It has special attention for socially engaged projects and not only works with artists and scientists, but also with the unemployed, migrants, managers that seek sense and committed citizens. Its “deliciously messy” way of working connects very well to our idea of the messy desk that engenders new ideas.

(text from the QPN-Festival brochure)

At the moment Wattignies Social Club shows part of the exhibition Des sneakers comme Jay-Z/Sneakers like those of Jay-Z in the context of the Festival de Photographie dedicated to the Invisible. This exhibition, of which the other part is shown at the Chateau des ducs de Bretagne in Nantes, shows a series of portraits by Frédéric Delangle and Ambroise Tézenas of migrants met by volunteers at the migrant center at the Porte de la Chapelle in Paris. Often dependent on second-hand clothing after having left their homes, leaving everything behind, clothing is an important way to hold on to their identity which surpasses their anonymous status as migrant. Seemingly fitting in their stories reveal their choices and itineraries. 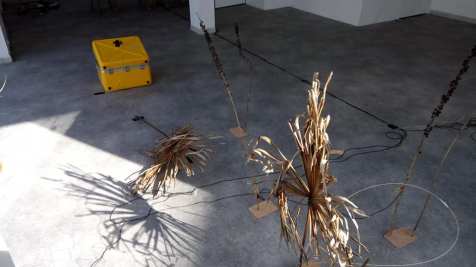 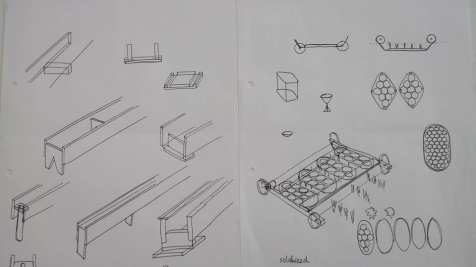 As announced before Dominique Leroy, who will be one of the artists in the project with WSC, currently shows his poetic sound installation Jardin (n)Ô at La Gâterie in La Roche-sur-Yon.

First shown at the Galerie RDV in Nantes this installation refers to the traditional Japanese theatre. This kinetic garden is composed of interlacing vegetals and small mechanics on recycled hard disks that rub, scratch and hit to create a sound that reminds of insects. This sculpture is activated by a series of invisible interactions based on phenomena related to vibrations, acoustics and interconnections.

The installation is accompanied by the series of drawings Cyclo Ranch, made during the residence of his association n at the Gospel Flat Farm in Bolinas, California earlier this summer.