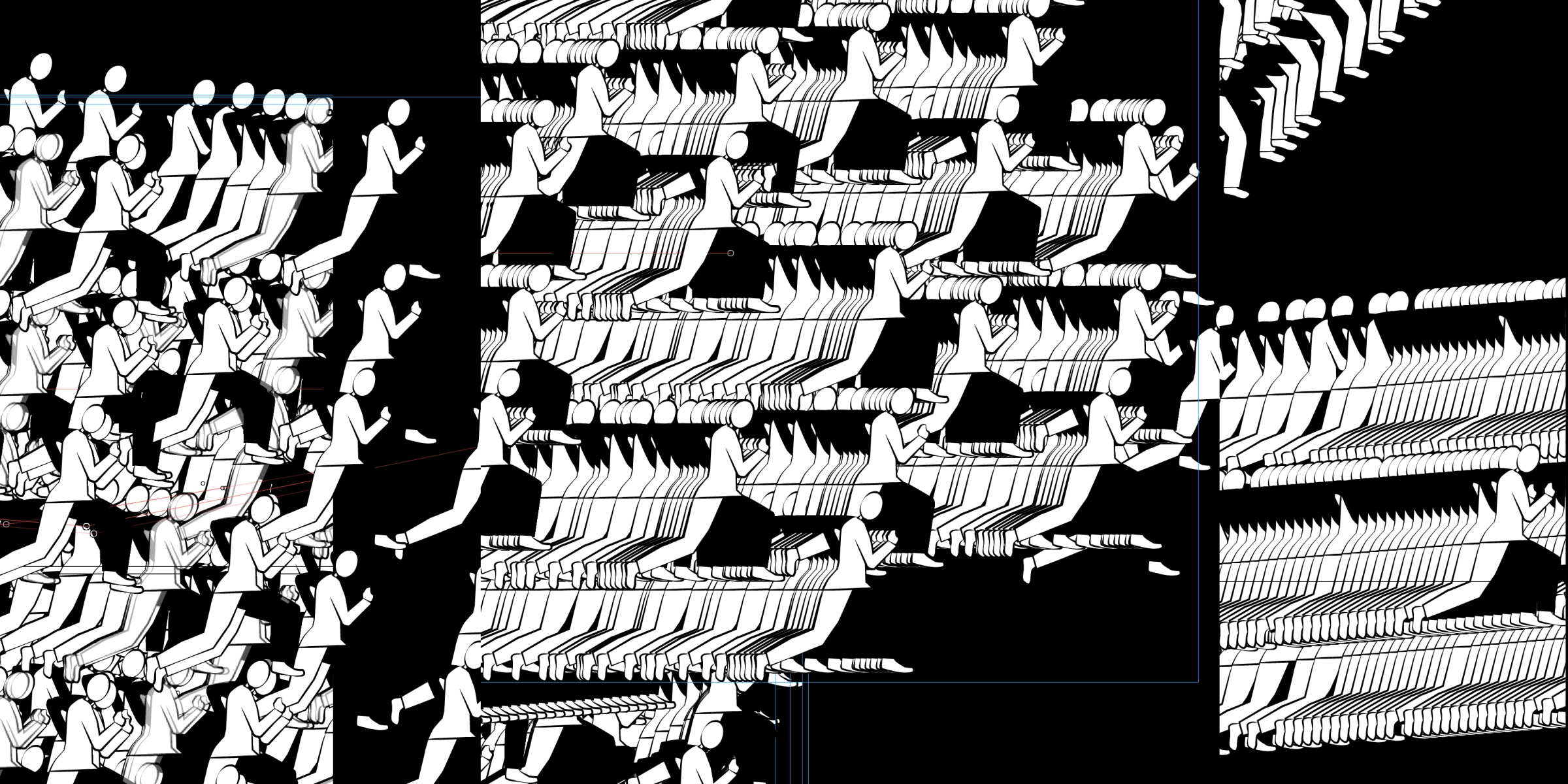 ‘Chaos & Cosmos BXL’ is a showcase at iMAL that brings together three prototypes of interactive installations from Brussels based artists. George van Dam & Various Artists, Beatrijs Albers & Reggy Timmermans and Alexandra Dementieva – in collaboration with Yacine Sebti – were invited to produce new works for the media art festival CYFEST-13 that takes place in Saint Petersburg, Russia in November 2021.

Alexandra Dementieva presents Inland Wonderland, an interactive object that deals with the concepts of chaos and order. Our universe obeys to the logic of four interactions – gravitational, electromagnetic, strong, weak – that affect it (not counting the Higgs field). Chaos on the other hand is only produced by human activity and our heads are the omnipotent producers of this phenomenon.

Inland Wonderland translates this contrast in interaction with the visitor who activates the helmet by lowering it. A human figure begins to move and starts to run in disorder, triggering other characters who are also running. The animation of people in chaotic motion lasts as long as the viewer holds the helmet.

On 18 April 2021 Alexandra Dementieva will be present from 17:00 to 18:00 at the exhibition for give further explanation to the visitors on ‘Inland Wonderland’.