Alexandra Dementieva solo at the Moscow Museum of Modern Art 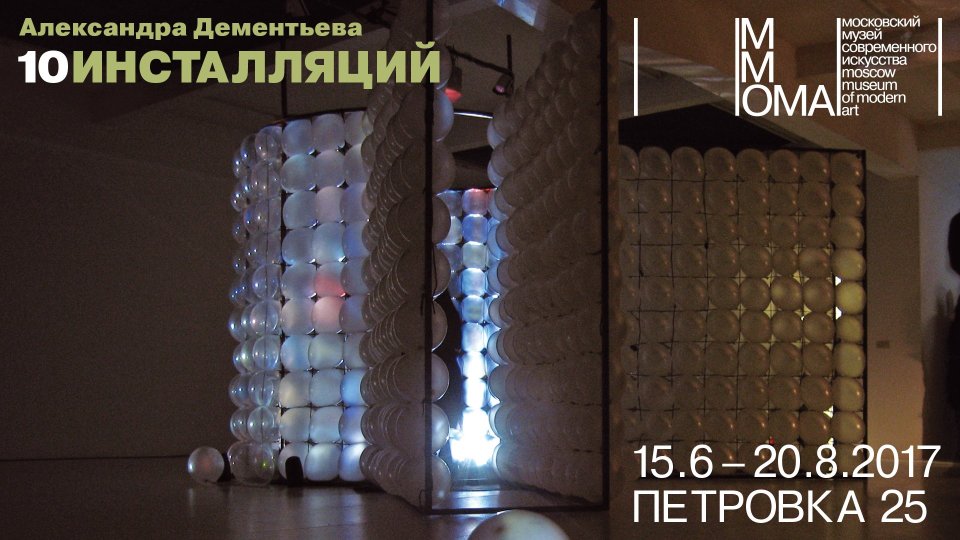 For her upcoming solo exhibition ’10 Installations’ at the Moscow Museum of Modern Art, Alexandra Dementieva brings together ten interactive installations.

Dementieva is both a cinephile and a voracious reader, with her interests ranging from classical prose to philosophical literature, from films by Alfred Hitchock, David Lynch, Roman Polansky, Andrei Tarkovsky to audacious psychological thrillers and unabashed horror films. Taking one of these source works as her starting point, she goes on to develop from it, in a typically-Russian maniacal manner, the key questions that were of such concern to Dostoevsky’s “Russian boys”: what is fear and what lies in its nature, both individual and social? Is there life outside the camera’s view and if so where do the saints go who fly away from the surface of the stained-glass window after having transformed into extraterrestrials? How does one gain insight into oneself just by taking a seat in a special brain-scanning object? Are your hidden thoughts as pure as you think and would the fulfilment of an innermost wish bring you happiness or would you suffer the same fate as Porcupine from Tarkovsky’s film, who wished to resuscitate his brother but gained untold wealth instead? These are the questions the artist subsequently visualizes in her own work, such as in ‘Monolith’ (2010), ‘The Unbearable Lightness’ (2009) and ‘Stalker’ (2006).

First of all Dementieva is an observer and an explorer of human reactions which she usually records and stores in the computer memory of her works. The viewer can however be assured that no one, except the artist herself in her laboratory, will ever see those who became frightened inside an installation, those who hysterically cackled or those who, as happens quite often, passionately kissed. Only in rare instances and if required as an aspect of the piece will this internal archive be presented to the public, for example in the interactive installation ‘The Mirror’s Memory’ (2003), in which the viewer, when looking into the ‘mirror’ of a screen, can discover at his or her side those who grimaced and danced in front of it several minutes ago.

It is easier to surmise the source material that inspired the artist, be it Woody Allen or Alfred Hitchcock, than to induce the distinguishing formal characteristics of her oeuvre. However, despite the visual variety of Dementieva’s works one can discern her signature. Almost always there is at the core of her installations an easily recognizable oeuvre of a cult film director from which Dementieva draws forth and brings to light a perennial question which is typically Russian, a potential answer to which can only be found with the viewer’s active involvement. One is however always given the choice to either let oneself be immersed into the space of offered experiences thus granting the installation a right to live, or to pass by leaving it inanimate, waiting for Godot … [Based on text by curator Elina Selina].

Work by Dementieva is currently also on show in Venice in the exhibition Hybris which still runs until 28th August.